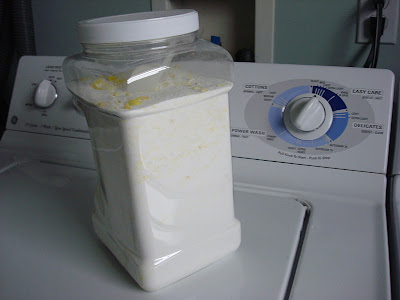 I saw the recipe for making your own laundry detergent on pinterst awhile ago.  (Found here.)  It seemed to get rave reviews and since my husband calls me cheap (I prefer using the title "bargain shopper") I wanted to give it a try.

I normally use Arm & Hammer Laundry Detergent with Oxiclean.  I usually buy the 32 load container for around $6.  I didn't keep track of the cost for the ingredients for this detergent, but the original post says the cost was around $20.  I've done about 5 loads of laundry with it already and haven't made a dent in it, so I'm sure it's going to last awhile.

Ingredients for the detergent are:

I have to admit that the messiest part of doing this was grating the soap.  (At first I tried using my small food processor, but didn't have much luck.  And I also feared that my next batch of basil pesto would end up tasting a little sudsy.) 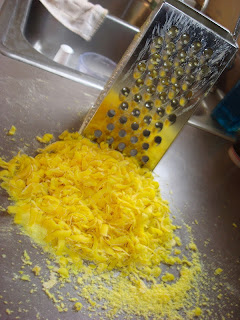 I combined everything and put about one third of the detergent (along with the scoop that came with the oxiclean) in a big plastic container.  You can use 1 - 2 scoops per load. 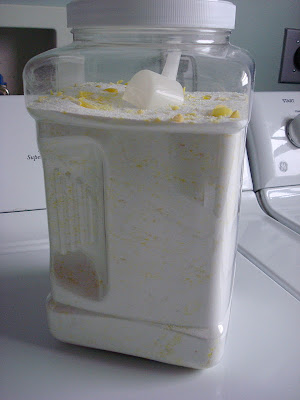 So far so good.  I figure we really threw this laundry detergent straight to the fire because Ellen had the stomach flu and we used it on several important loads over the weekend and it worked like a champ!
And I like the mild smell of the detergent, too. 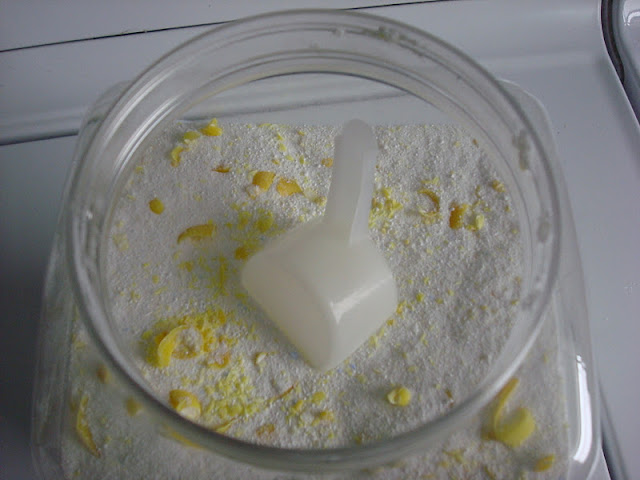 
Linking with these parties.

Email ThisBlogThis!Share to TwitterShare to FacebookShare to Pinterest
Labels: Cleaning