Coming up out of the depths with what's been going down here...

1.  Our week started off with a Daytona 500 win from our (Ryan's) beloved Dale Earnhardt, Jr!  That's pretty much been the high of the week.  Especially since the last time Dale won that race was in 2004 after we had been married about 6 weeks.  I realized then what I had gotten myself into.  Ha ha.

2.  It has actually been a pretty low-key week here, which I actually like.  It's nice to be home with Ellen and Michael and not rushing about.  I've actually made a few freezer meals this week (for days/weeks that are a bit more hectic), caught up on laundry, role-played Barbie in a Pony Tale more times than I care to admit, and have a full day of cleaning ahead of me today! 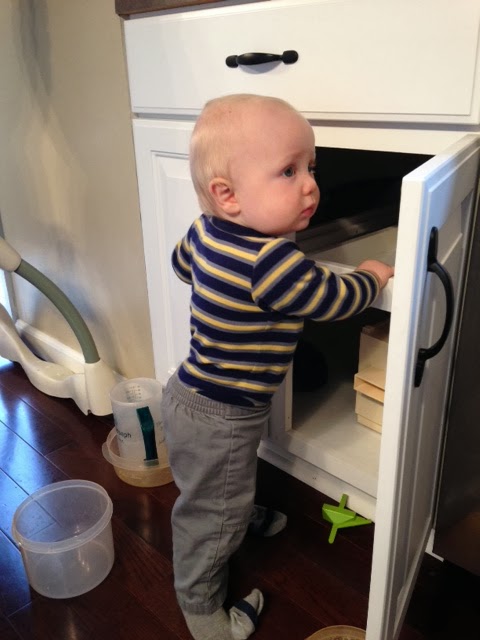 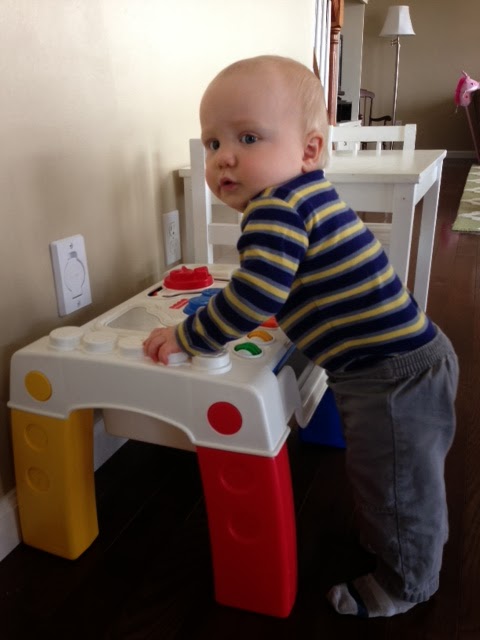 4.  I've made 2 batches of these muffins over the past few weeks.  Mostly because Post raisin bran was on sale for $1.77 a box...and Clare informed me after I bought 2 boxes that she only likes the grocery store's (generic) raisin bran granola.  So I've been enjoying many muffins for breakfast!  And there's still an unopened box in the pantry...

5.  Another link to this gem that the adults in the house have watched several times...  Ryan's video editing skills are impressed by this wonder. 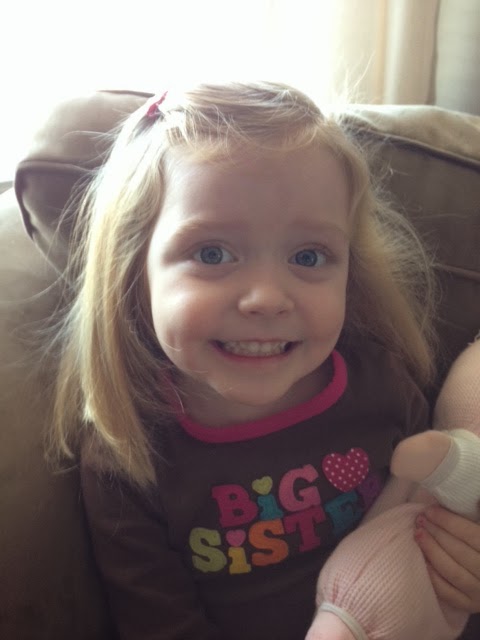 She's been into straightening her naturally curly blonde locks, and looks so different with her hair straight!  Too funny.
(And while shopping at Target this week, we passed by this wall decor and she wanted to buy it for Ryan...because the glasses on it reminded her of her BFF.) 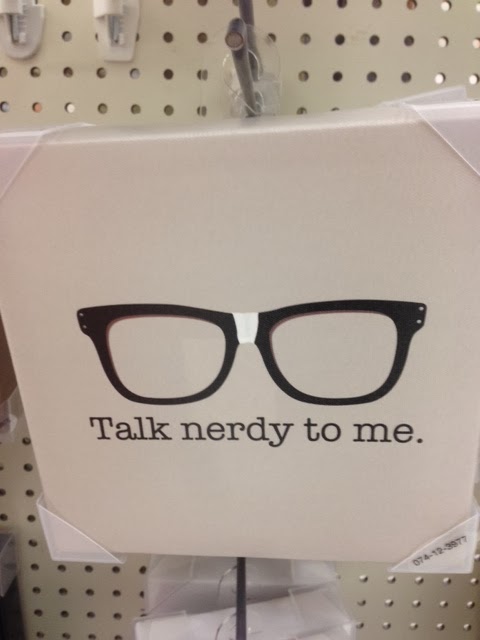 7.  Wrapping up with words a friend shared with us this week that I have heard a million times before but needed to hear again...

Never underestimate the power of prayer!

Email ThisBlogThis!Share to TwitterShare to FacebookShare to Pinterest
Labels: Life

We are being spoiled this week with a spell of warm weather.  Daily highs have reached almost 60 degrees and the snow is a-melting!  Michael, Ellen, and I have coasted around the block after lunch and my baby boy loves crawling around the deck in the sunshine.  Spring/summer (baseball!) jammies have even replaced footie pj's this week. 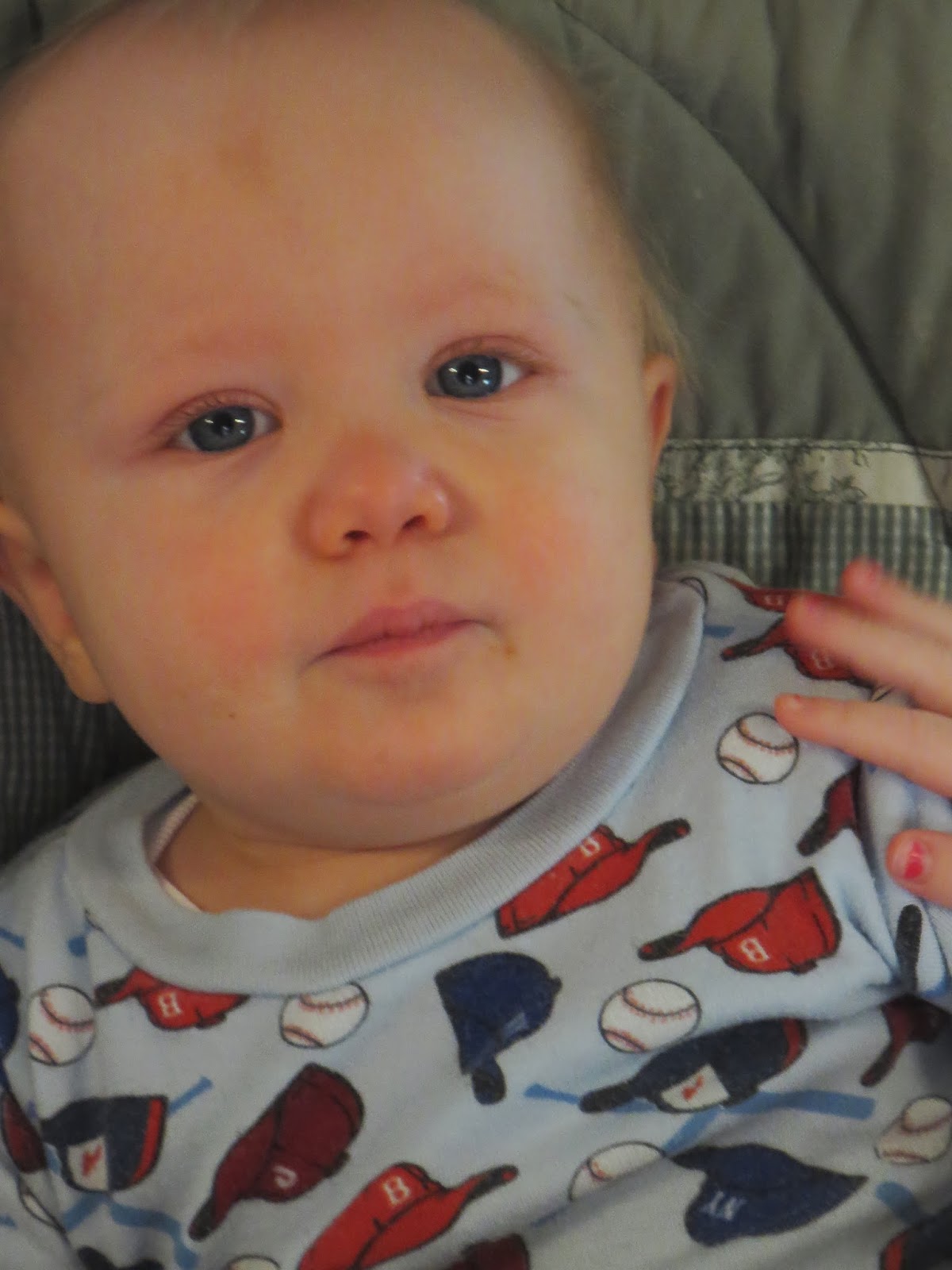 Jude told me that Punxsutawney Phil was wrong and spring is here.  He also requested his summer shorts and tees be placed in his dresser while he was at school today.  (He hasn't checked the forecast for next week.)  Yesterday after school he changed into shorts and a T-Shirt, but left his dark socks on with his summer attire.  I'm hoping he looses those when summer officially arrives...
Posted by TRICIA at Thursday, February 20, 2014 2 comments:

Here's a quick rundown of the holiday of love at our house... 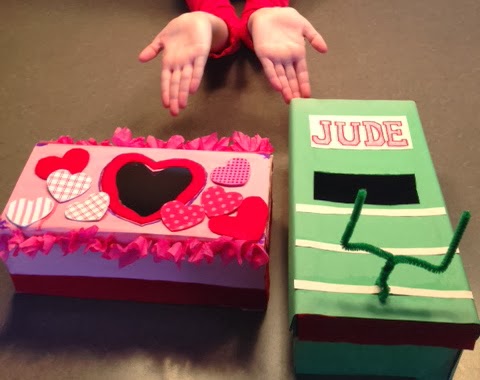 How I know my husband loves me... 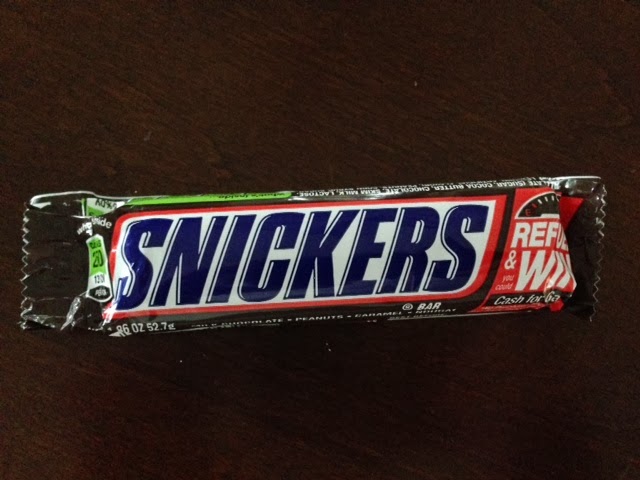 Hope your day/weekend was just as sweet!
Posted by TRICIA at Monday, February 17, 2014 1 comment:

This sweet boy is 11 months old! 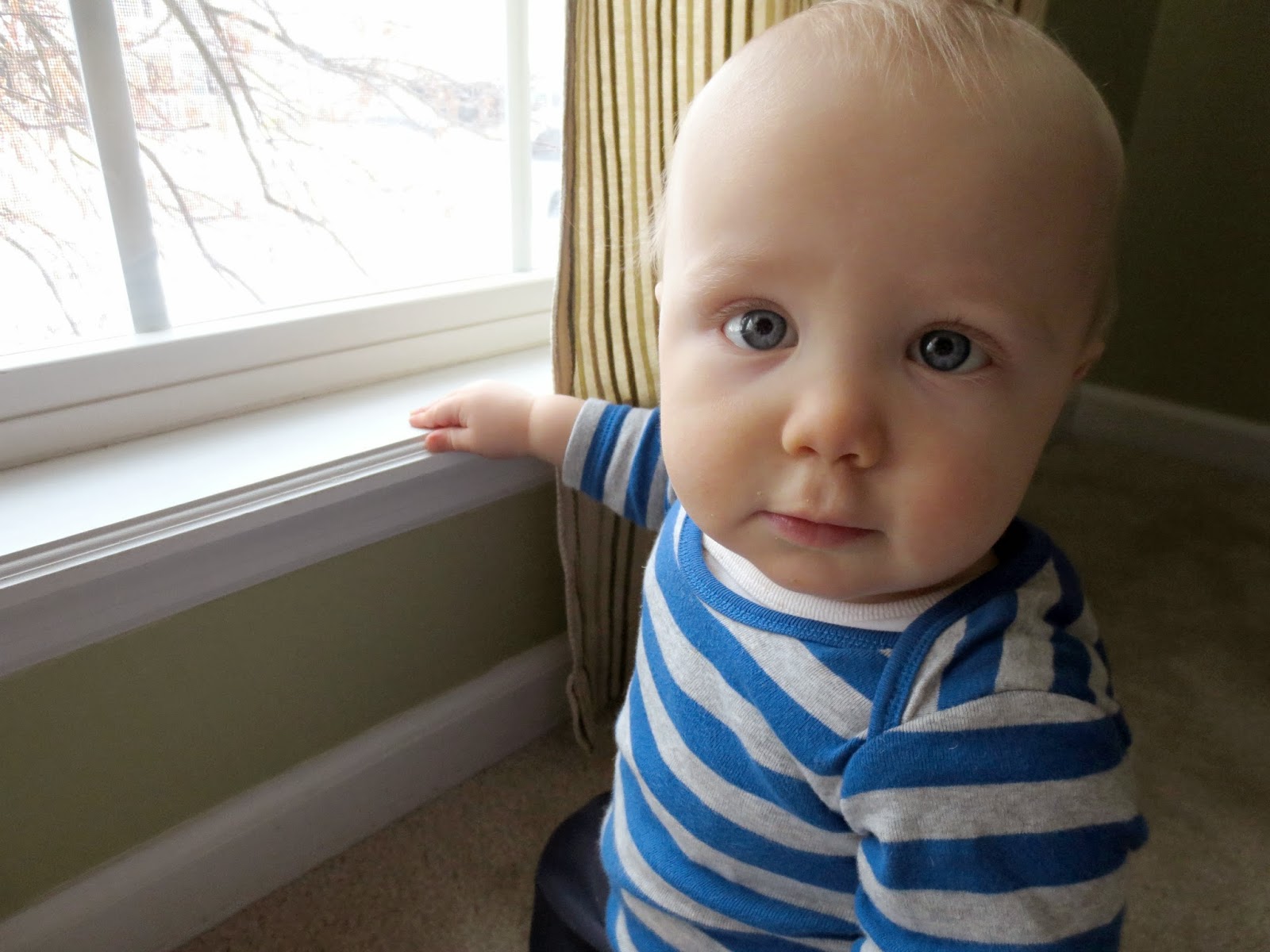 Passes the Time: Loves to look out the window.  The view here is snow snow snow snow.  Especially loves watching older siblings playing in the snow. 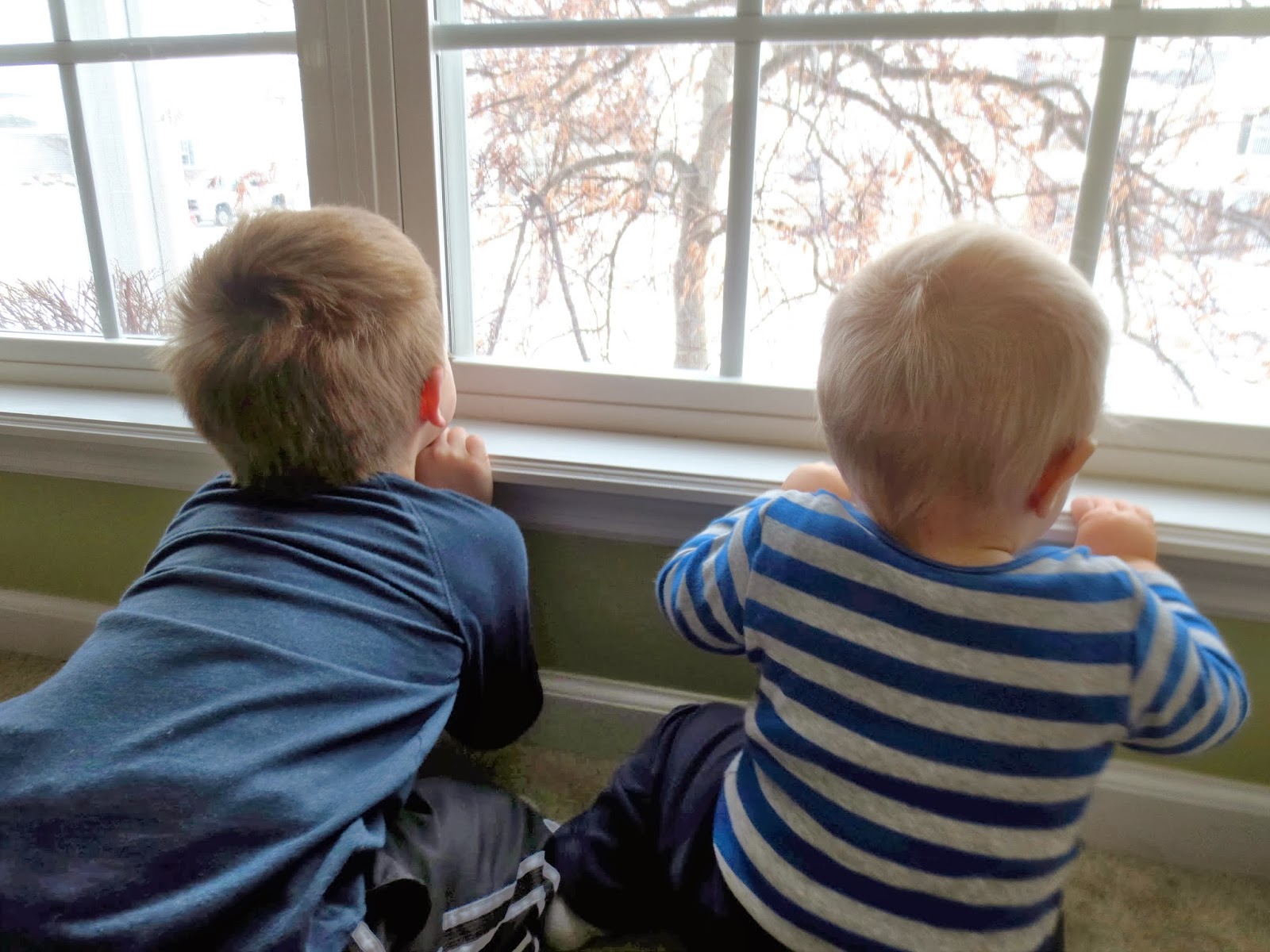 New Favorite Posture: Kneeling!  A lot!  Propped up on anything he can find and even on his own! We lowered the crib a few weeks ago because of his new trick. 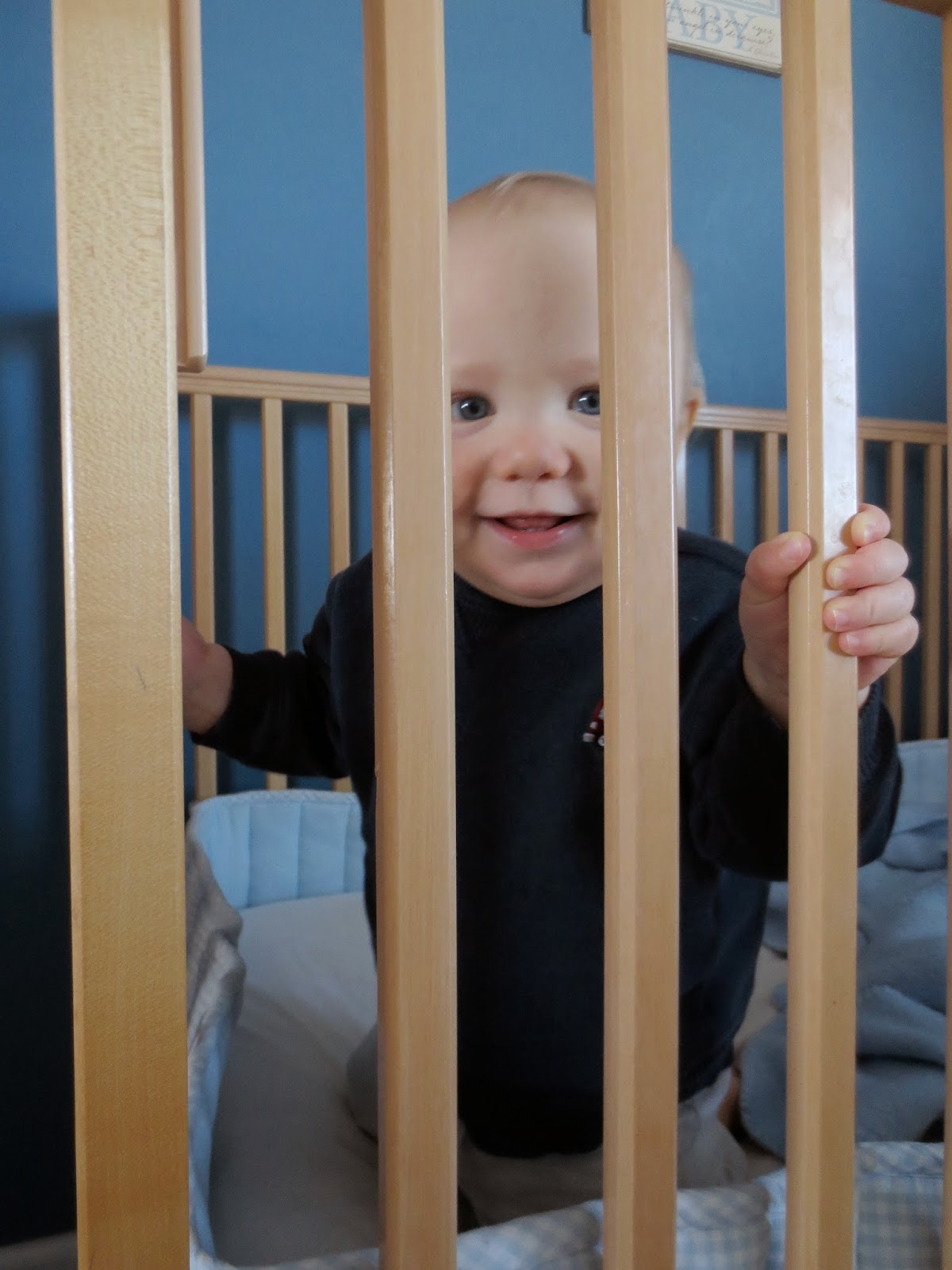 Also Seen: Crawling on all fours as opposed to his fastest method of transportation, the army crawl.

Sleeps: Morning nap and afternoon nap.  (And I love that both are uninterrupted on snow days!) Usually up once around 1AM to nurse during the night.

Entertainment: Likes to "dance" to music.  Loves to clap.  Can do "SO BIG!"

Loves to: Snuggle.  Especially in the morning and after naps.  Such a sweet sweet boy.

I can't believe we will celebrate his 1st birthday next month!

Of course we went to a Superbowl Shindig last night and watched the game ate yummy food with friends like good Americans.  One of the things I brought was Chocolate Chip Cheesecake Dip which was scraped clean out of the bowl.  (And who would have thought that my non-chocolate-loving husband gave it 2 thumbs up.  Go me.)  But seriously, this stuff is G-O-O-D! 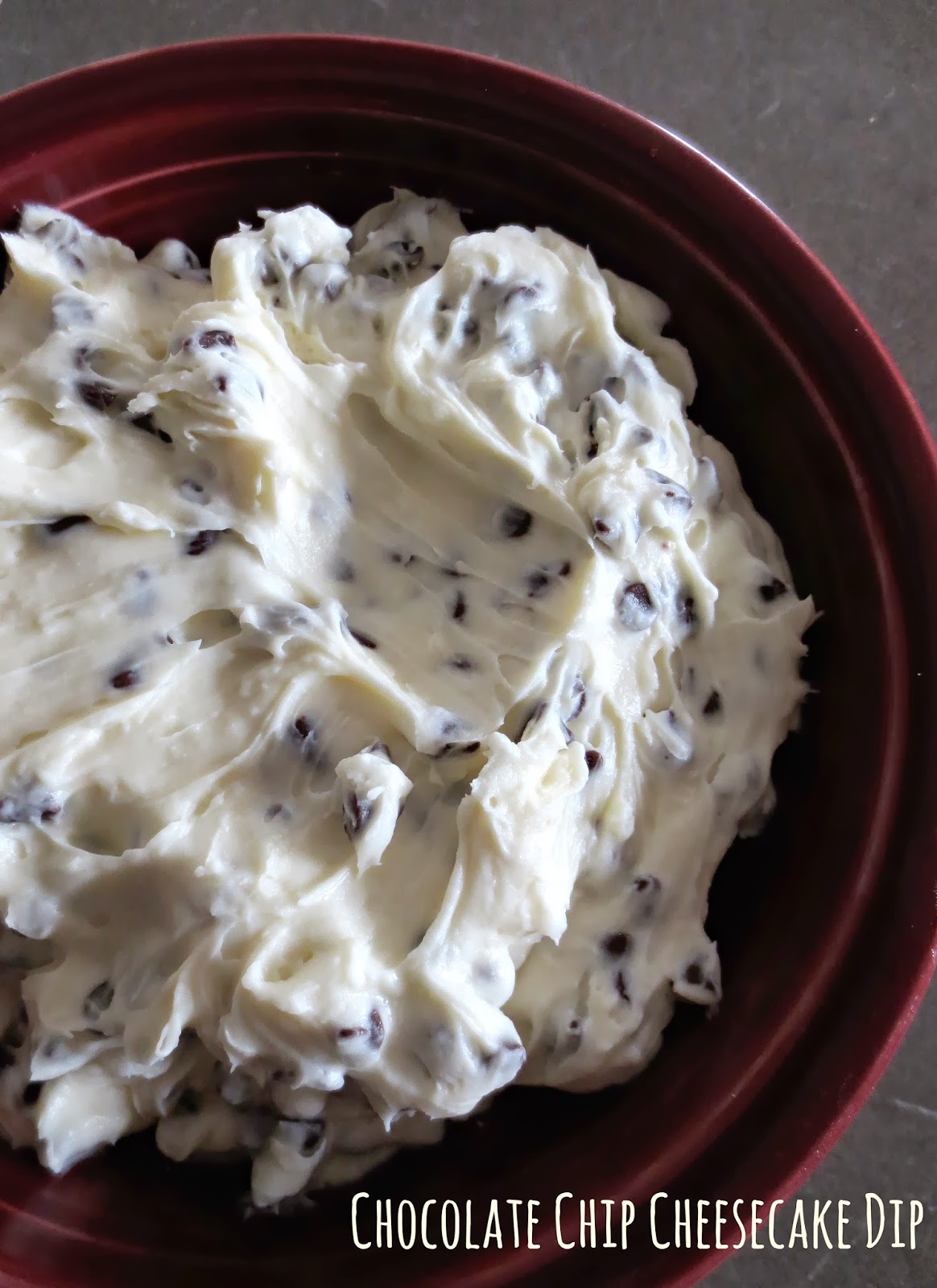 Soften cream cheese and butter.  Mix all ingredients (except chocolate chips) on low speed with hand mixer until smooth.  Gently stir in chocolate chips.  Refrigerate for one hour.  Serve with graham crackers.

Email ThisBlogThis!Share to TwitterShare to FacebookShare to Pinterest
Labels: recipes 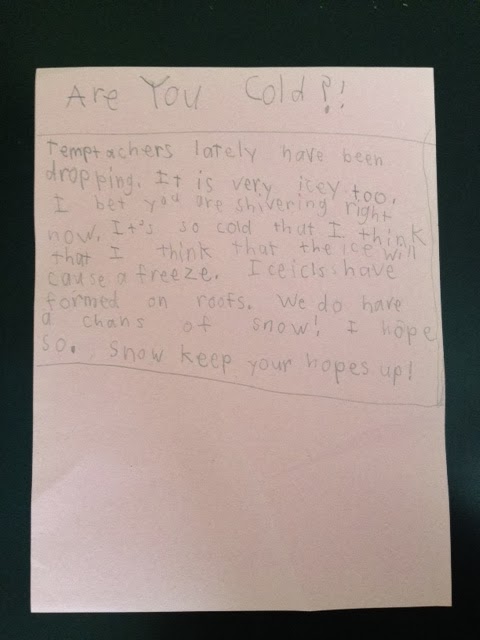 "Are you cold?  Temperatures lately have been dropping.  It is very icy, too.  I vet you are shivering right now.  It's so cold that I think that I think that the ice will cause a freeze.  Icicles have formed on roofs.  We do have a chance of snow!  I hope so!  Snow keep your hopes up!"

It's the epitome of holidays here today - Groundhog Day AND the Superbowl on the SAME DAY?!?  That probably only happens once in a billion years.  So we are celebrating it up!  Happy Sunday!