I recently starting noticing the soap dispenser in my "new" (as of April 2010) dishwasher had some serious build-up going on... 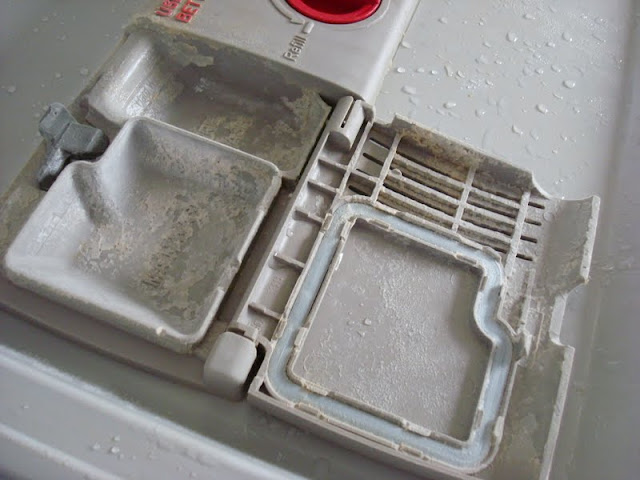 As luck would have it, I was watching "Real Estate Intervention" on HGTV the other day.  Sabrina Soto mentioned running a packet of lemonade through a cycle on an empty dishwasher to clean out any residue.  It is the citric acid on the lemonade that acts as a cleaning agent.

For 13 cents a packet of Kool-Aid I was intrigued! 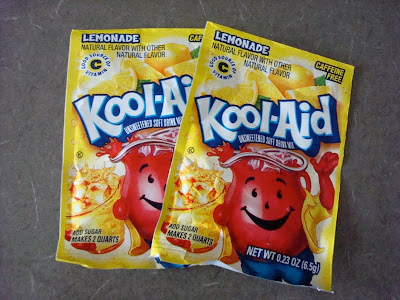 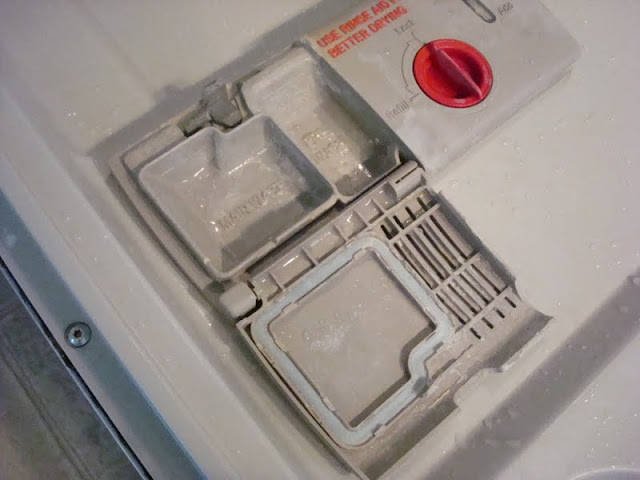