The Gift of Sanity

Christmas was a bit crazy for me this year...  My older sister got married out of town (for us) the week before Christmas.  I thought I had planned the trip there and what I had left to do when we returned rather well...  Then Ryan ended up with an appendectomy 4 hours after we got back in town from the wedding.  (Something very spontaneous for left-brained me!)

Add in 3 kids, unloading and reorganizing and getting back on schedule from a long weekend out of town, a 15 month-old with an ear infection, the "normal" household routine, school Christmas parties, Christmas plays, last minute gifts and errands, assembling gifts, and wrapping I felt like I was treading water.

And I'm not a very good swimmer.

I was very grateful when my in-laws offered to take the two older kids for TWO NIGHTS so I could tend to Ryan and Ellen and the rest of my Christmas list (which I edited quite a bit after the appendectomy!).  At first I felt so guilty that Clare and Jude weren't home.  I felt like a bad mom for have to call in the reinforcements.  But then I also realized that I had been so overwhelmed I had lost all charity in my words and actions towards them and Ryan.  (OK, I might have been told this by my better half...)  With the older kids having a ball at Grandma's house, I had less on my plate and was able to embrace preparing for Christmas instead of stressing over all of it.  And Ryan and I enjoyed being able to spend time one-on-one with Ellen.  (Something that doesn't happen a lot.)  I also realized when Clare and Jude returned on Christmas Eve (what a wonderful gift!) that I was in better (perhaps more rested!) mood and had a lot more charity and patience toward them.  I needed that break to be able to be a better mother and wife.  I am very thankful to have been gifted my sanity this Christmas! 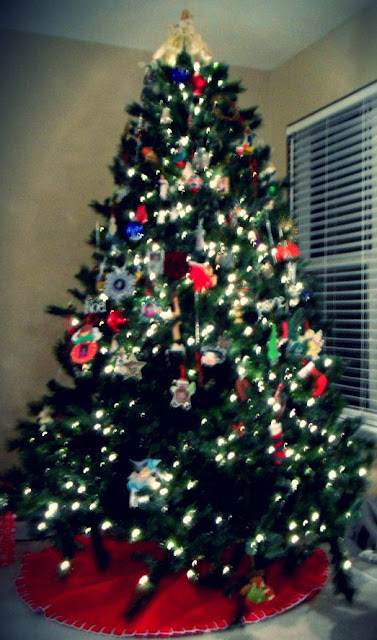 Email ThisBlogThis!Share to TwitterShare to FacebookShare to Pinterest
Labels: Life, Me