I have to admit that we are Nascar people here.  Ryan's love for Nascar has hit a new generation.  It's funny to now hear Jude casually throw around names like Kevin Harvick, Carl Edwards, and Dale Earnhardt, Jr. in conversation.

And last weekend Ryan went to his first Nascar race with his dad and some friends at Chicagoland Speedway. 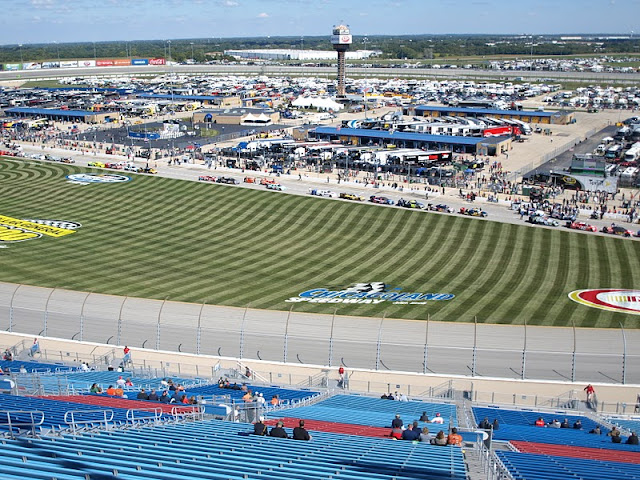 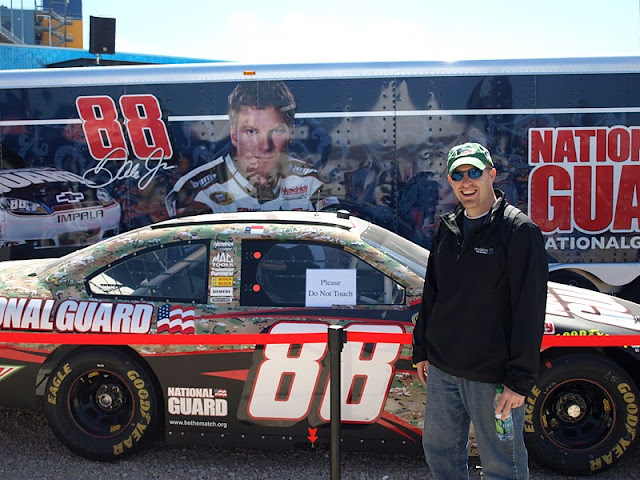 According to Ryan, Saturday's Nationwide Race could best be described as LOUD!
(Much louder than you would think, even with hunting-style ear protection on!) 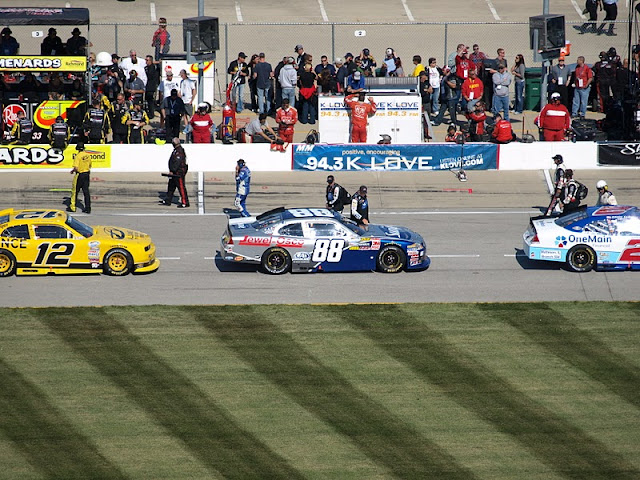 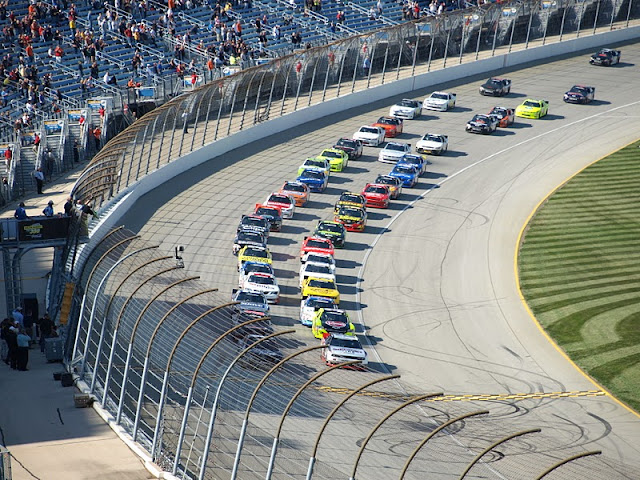 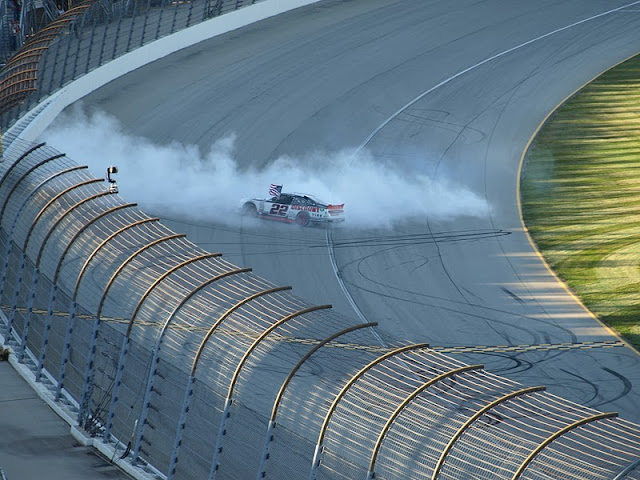 Unfortunately for Ryan, the Sprint Cup Race on Sunday was rained out... 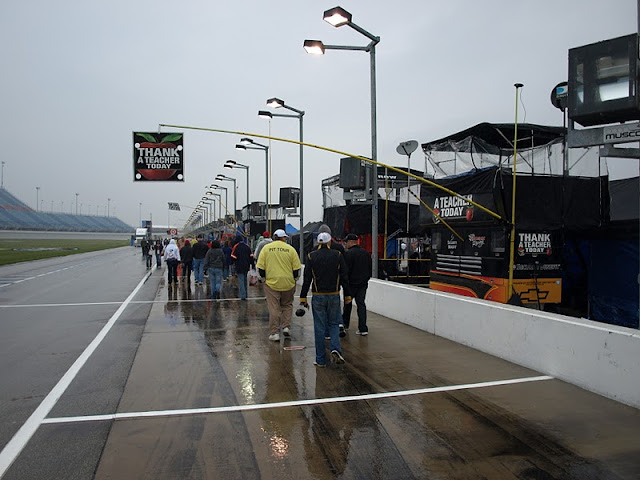 ...but there was still some fun to be had. 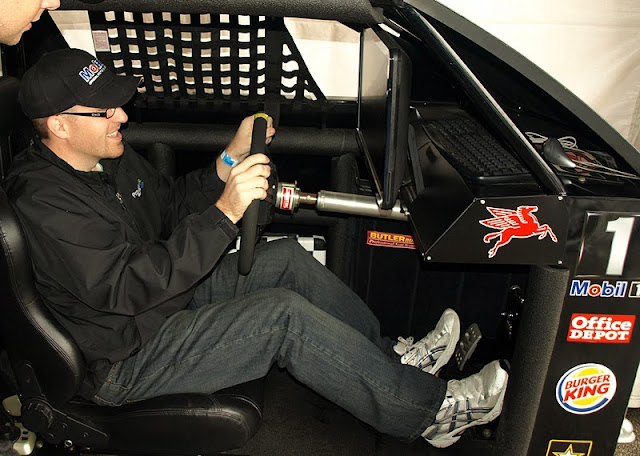 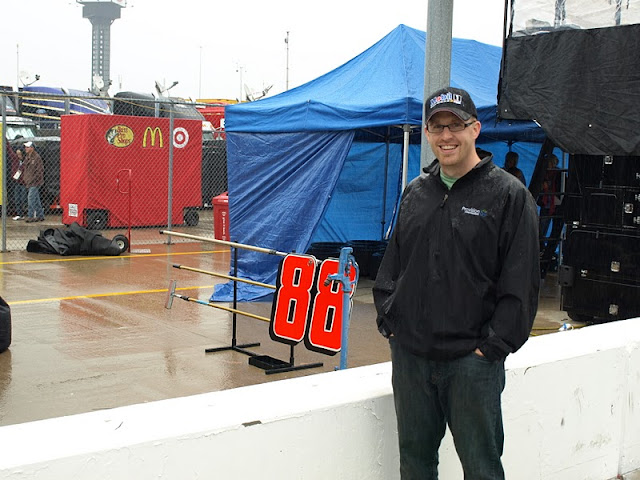 (Although Jude keeps asking Ryan when he is going to take him to a "Nascar game!")